One of my pet projects, Finished Games, is reaching a state in which already serves decently as a catalog and tracker. Sure I have a ton of ideas to add, more sources to get games from and many improvements, but the base system is working so I can start to tackle other areas, like automations.

I can manually add games to the database. I can import them from "catalog sources", and if already exists match them with the existing title, update certain fields, etc. But I still need to manually mark those games I own, so if, as in this example, a platform like Steam can provide me with a list of which titles I've got, and maybe which ones I've completed (by checking certain achievements), it's way easier and nicer.

So, without further ado, here's a brief introduction of the Steam Web API endpoints I'm going to use soon to be able to sync user catalogs.

You can register for an API at https://steamcommunity.com/dev, and it is instantaneous, no need to wait for a manual approval.

Once you have an API key, the official docs are at https://developer.valvesoftware.com/wiki/Steam_Web_API.

I just need three endpoints to grab user data relevant to my use case.

Obtaining the steamid from a vanityurl (an account friendly name), like "kartones". Not everybody has them setup but I for example do, so better be prepared:

Fetching the list of owned games of a given user. Including game name, which saves you an additional call to fetch game details (which also returns no name for some titles! 😵):

Retrieving achievements by game and user. Not only the unlock status but also the epoch timestamp of when it was unlocked (useful for deltas):

If you want way more info about a game, from the description, release date or the developer name, to screenshots, platforms (Windows, Linux, Mac), genres and more, there is an store endpoint that works without authentication:

api.steampowered.com calls are rate-limited to 100k per day according to the API terms of use.

store.steampowered.com is rate-limited against abuse. I read somewhere that seems to be around 200 requests in a 5 minutes window, so you should cache those call results.

I had this 2005 book forgotten in a bookshelf and decided to read it during some vacations. Counting around 300 pages, it makes for an interesting and easy read if the topic of (mostly) retro japanese videogames interests you.

From an evolution of Arcades and consoles to videogames themselves, more than half of the book covers what we could say it's the core: how games evolved, the author's opinion on why they were so important and influential, and how they fit into 2003-2004. The remainder are less common but very interesting topics: game music, translations, interactions and collaborations between american and japanese game development studios and of them with Nintendo. I specially liked the music and translation chapters because were areas I know almost nothing about and I was surprised of how relevant they are, both to Japanese people and for example why we had those horrible translations of arcades and early console games.

If I had to criticise something about the book, the only two minor things I can come up with are the following:

As mentioned, just minor things, it is a delightful read and you can clearly feel how the author enjoys videogames, Japan cultural differences (at least applied to games) and in general researched nicely for the book. 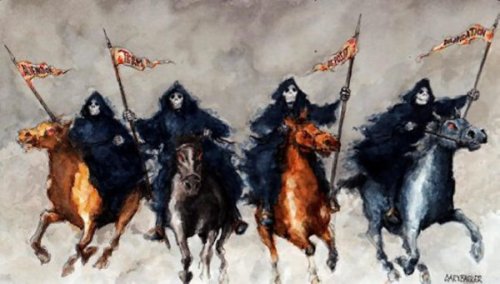