While reading a Gamasutra article about open world games, I've found something fantastic: A Metroid remake done with voxel technology.

Voxel (from volumetric pixel) is about representing a 2D grid in 3D, by elevating each element of the grid (each pixel) by its position relative to the rest of elements.

It is used in some videogames to represent terrain, calculating elevations from 2D maps, and provides a way to avoid having to handle polygon counts, in exchange of more CPU power (as far as I know, voxels are not hardware accelerated, although maybe GPU processing power could be used to help with it).

Voxels have been used since the old 386 days, for example in the simulation game Comanche: Maximum Overkill (maybe the first voxel game?): 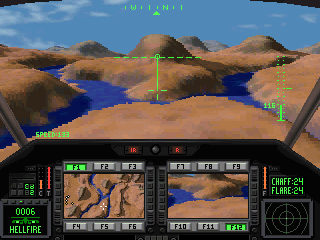 Another well-known (and with a hollywood-like sci-fi story) game that used voxel technology was Outcast, being known too for its use of the Pentium MMX instructions to allow antialiasing and lighting effects, all purely done by software: 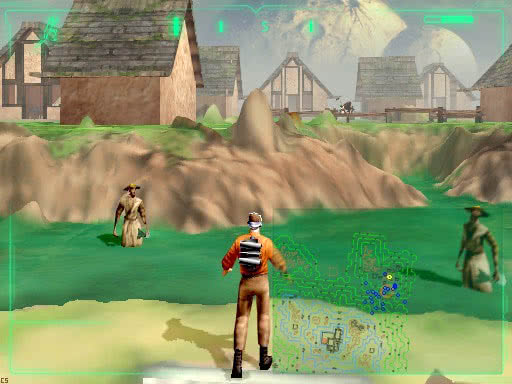 A recent game that shows voxel improvements with the newest CPUs is Perimeter, a strategy RTS in which the terrain has an important role (you are an alien terraformator commander), showing real-time terrain deformations: 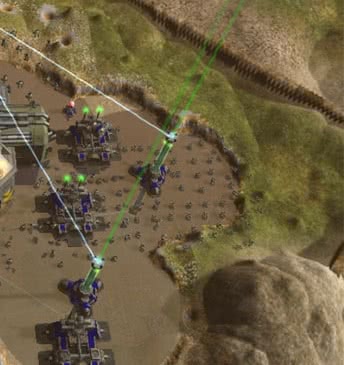 We live in a "3D world" where almost everything is rendered using triangles and polygons, but it's not the only way. Voxel is just another technology, raytracing and blobs/metaballs are other rendering techniques that, if hardware would not just focus on triangles, could allow fabulous graphic results...