In january 2009 I added Twitter support for Kartones.Net, in two ways:

Recently, Twitter announced that is removing basic authentication for security, leaving only OAuth. As usually happens with this movements, almost no library was using OAuth (because basic auth is so easy to implement) and while OAuth itself is not hard, initially I could only find PHP implementations and not .NET ones.

I tried a few implementations with custom OAuth "helpers" without luck, until Microsoft released the Web Application Toolkit for Social Network APIs. There I could finally find a correctly working OAuth helper to plug into my code (I had already integrated into Community Server all the token and approval flow and a small "Twitter Client").

Without more explanations, I'll just say that our bloggers can go to their profile and authorize this site to post on their behalf (or remove the authorization: 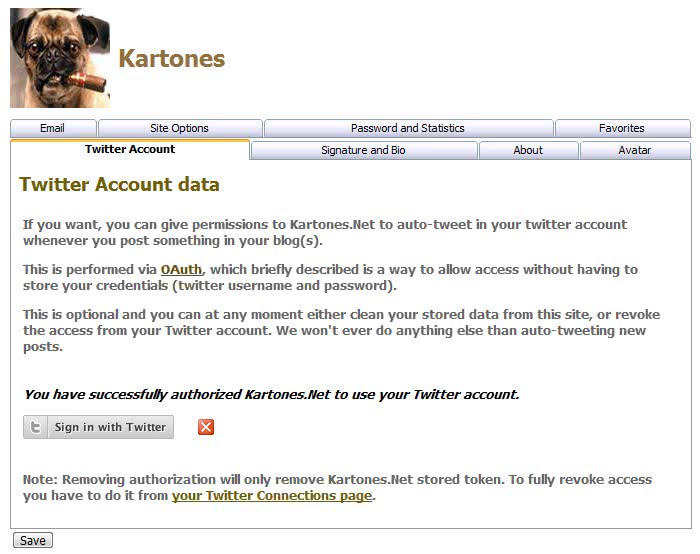 At Twitter's web interface you will find the new "Connection": 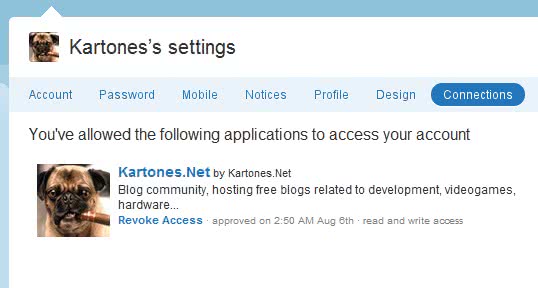 And finally the updates will have the correct source setup:

I hope you like this new version (as it is not a new feature), much more secure.