We all remember the great Monkey Island songs.

We can also feel epic when fighting bosses at Halo 3 because of it's fantastic soundtrack.

So, it is clear that music is a very important component in videogames... but what about being the key component, a true determining element?

First, DDR and Stepmania appeared: Dancing on an arrow-marked mat or platform, following the on-screen music to get the feel of dancing. Easy concept, plus on Stepmania you've got hundreds of famous songs to play. 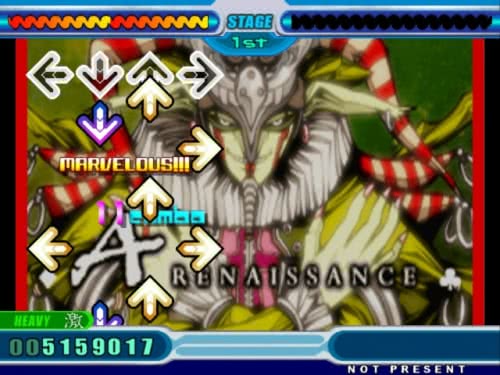 Since I tried it at home, it's my way of doing aerobic exercise (but I do not play at arcades, just at home).

Then, Guitar Hero series came: Same idea of DDR but exchanging a dance mat for a joystick-guitar. 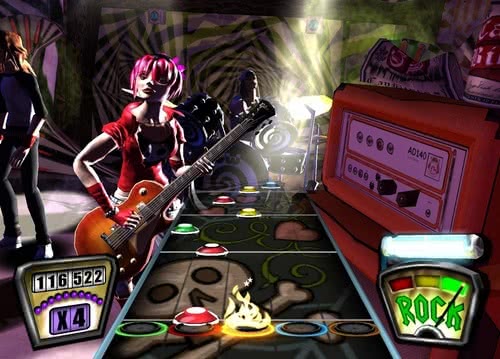 Easy to learn (at least my friends are better moving their fingers than their legs), less embarrassing if you play in a public place, and very very fun. I'm searching for another USB guitar to be able to play coop with a friend (GH2 on 360, GH3 on PC).
Recently Rock Band came out as a "second version", with additional instruments and up to four simultaneous players.

And now, another possible revolution comes from the indie development scene, Audiosurf: Load the game, choose a MP3 song, and fly in a space highway trying to align same-color blocks, everything procedural generated from the chosen song. 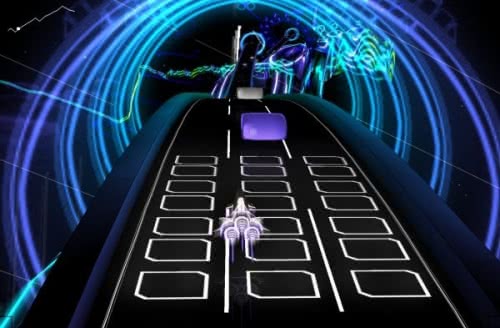 It is still a beta (you can only play few songs of your own, then only the demo ones) but very playable, addictive and focuses more on your reflexes than on feet/fingers music synchronization.

I can't wait for the final version to be released to buy it.

So music can be a key component, indeed. And it usually ends being a cool one :)

Note #1: I've deliberately left out Rez out of the list because I haven't played it (yet).

Note #2: To better enjoy Audiosurf, I recommend playing with joystick/pad instead of keyboard (with the 360 controller it's fantastic).