After a few weeks of discussion with my pals at our office (and via email) about if Windows Vista was bad, Linux was bad (the typical Windows vs Linux topics), I've decided to install the Ubuntu distro under VMWare Server (which is free and, unlike Virtual PC 2007 does not have any problem installing any Linux), in order to learn how to use it (for some security & forensics distros I've got) and to see if, as our company's "Java side" says is as user-friendly as Windows.

A few notes before telling my first impressions:

Why Ubuntu? Well, my friends told me it's a very good distribution with lots of features. Also, I tried earlier a Debian mini-network installation CD, and after hours of downloading packages and installing it, the x-windows system did not install correctly so I deleted the VM and started again with something I knew it would work with graphical user interface from the beggining. 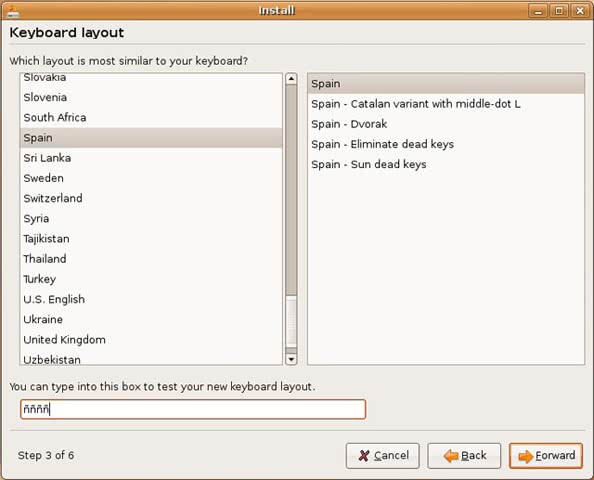 I launched the latest Ubuntu 6.10 ISO file, and chose to install it. It asked me the typical things: Time zone, keyboard layout, root password, a user account & password, partitions... I liked the fact that the keyboard layout selection window had a textbox to try it, so if you mess and chose an incorrect one, you can see if your special characters appear or not (I installed the OS in english, but spanish layout to have our additional special characters). 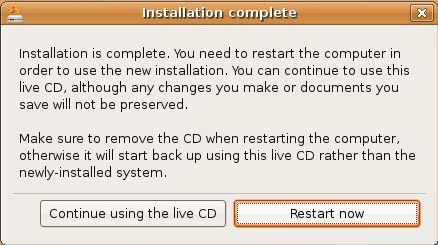 After the install, a restart. Everything went fine and quite fast (I was running a mounted ISO from the HDD). 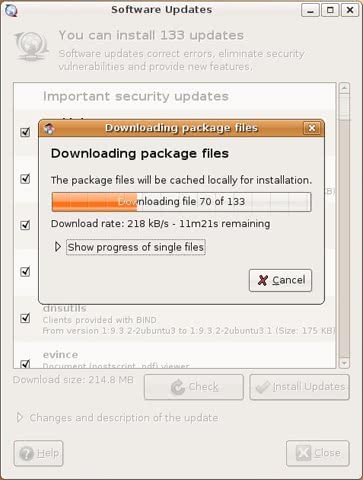 First step after the reboot, using the "Linux Update" :P 133 packages to update. 215 MB, as you can see in the screenshot. It updates everything, from the OS basic packages to applications. Took a bit to download and a bit longer to update. I needed to reboot (much like Windows). 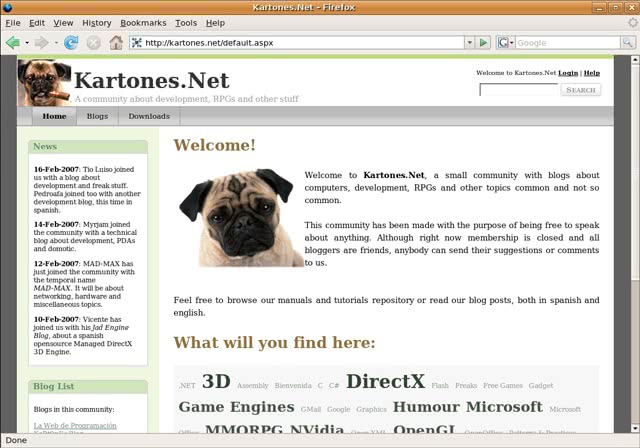 After rebooting again, I launched Firefox (2.0) and tried surfing to this portal. All renders and works fine, except the font, which Firefox rendered different. I downloaded and installed Opera and it showed 100% accurate everything (including the fonts). 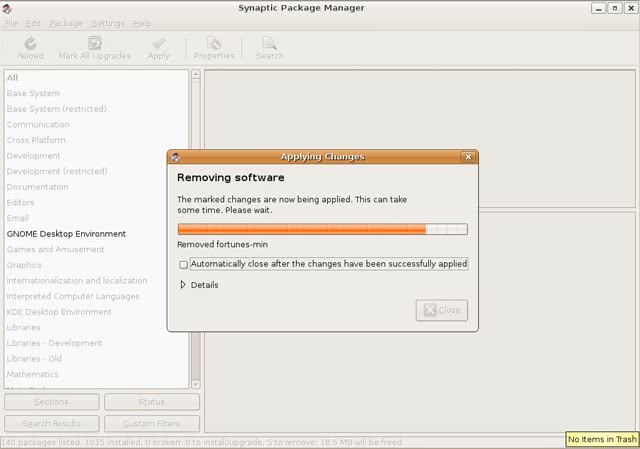 I then opened the Package Manager, and installed some stuff, including Microsoft Core Fonts (or something like that). I removed some useless stuff (games and things like that) and added other ones, like AbiWord, a PDF viewer, and all Mono packages I found. After installing all, the upper system bar hang-up and, as it had the shutdown options, I had to reset manually the virtual machine, then everything worked fine and finally this portal rendered 100% same with Firefox as under Windows (I assume Opera translates some font names to Linux equal ones).

One annoying thing is that the package manager didn't installed MonoDevelop, so I've got all Mono files and libraries, but not the IDE. Tomorrow I'll download and install it manually.

Oh, the VMWare Tools installed correctly, but one thing I don't like is that the install "executable" (a perl script file) needed root privileges, but as I tried installing it from Gnome and not from a Terminal, when I double-clicked on it, it did nothing. From a Terminal tells you that you need root privs. and with the sudo command all went right. But -1 point to usability. Windows Vista handles all privilege requests with a dialog box, Linux doesn't even keeps the Terminal window with the error description. For a dummy user that could represent a "it doesn't works!" thought.

In general, it's user-friendly, it has good tools and works fine. I don't like still needing to rely on the Terminal window to see error messages, but I already knew I would need to do some things "old style".

Soon more experiences with the OS.

First conclusion: Not for my mother (for who "internet" means "Google and Yahoo mail" and sticks only to the desktop for "storing files and documents"), fine for me.