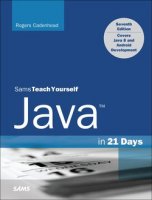 I had three premises while searching for a next read: 1. I needed to learn some Java, because I know some, but university level 2. I needed to target at minimum Java 8 3. I wanted something that covered a broad spectrum of the language, while not being way too entry-level

I decided to go with this book because it covers Java 8, it starts simple but covers everything regarding language fundamentals, and it goes into more "advanced" topics like threading, sockets and web requests. It also strikes a good balance between teaching you about a topic without becoming a reference book that lists every single method, parameter and overload of every class available (which can be useful, but not for initial learning).

I must confess I skimmed through the chapters about Swing and Java2D, RSS and Android. I want to do backend-related development so I don't need Swing (and it looked similar to back when I learned it) and the other topics were interesting examples but not of my interest right now.

I was pleased to see that Java now has channels, generics and lambdas, and the book does a good job of explaining them simply and clearly. I had fun writing some of the book examples and altering them a bit, or doing some tiny refactors here and there.

If I had to complain about something, it'd be that the code sometimes can be improved: There are too many examples in which all (sometimes really heavy) logic is done inside the class constructor, constants are mentioned but never used afterwards, variables are created a bit chaotically, sometimes inside loops and the like, and variable namings are reminiscent of old C days (in, buff, pw, ...). But even with that the code purposes are nice and easily understood.